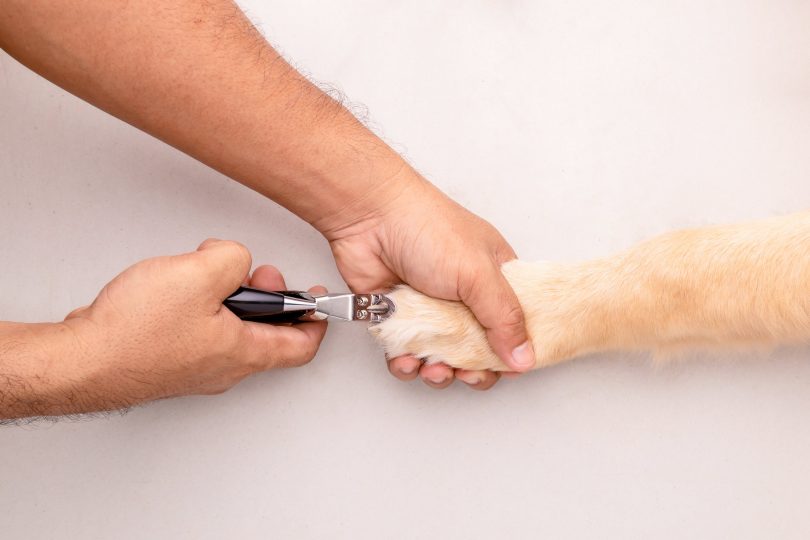 In the world of dog nail care, there are two main tools – nail clippers and grinders. They are both vastly different from one another and have their own pros and cons. Yet a caring owner might definitely wonder are dog nail grinders better than clippers or vice versa? Well, the matter is actually quite more complex and difficult to answer than you might expect at first glance. Let’s get in-depth on dog nail clippers and grinders, compare them, expose their strengths and weaknesses to settle the debate of dog nail grinder vs clipper, once and for all.

We all have seen a pair of clippers in our daily lives. More so, we probably have them in our homes. And frankly, we aren’t talking about Los Angeles Clippers, the basketball team, we mean the specialised instrument used to trim and cut nails. Humans use them. They have also been adapted and made suitable for pet grooming as well.

Dog nail clippers look not exactly like the regular clipper tool found in the garage. They have a slightly different tip and usually host a spring inside to simplify the cutting process.

Let’s look at a few examples of clippers found on Amazon and look over them. There are two main types of clippers – scissor clippers and guillotine clippers. Both have their fair share advantages and downsides. 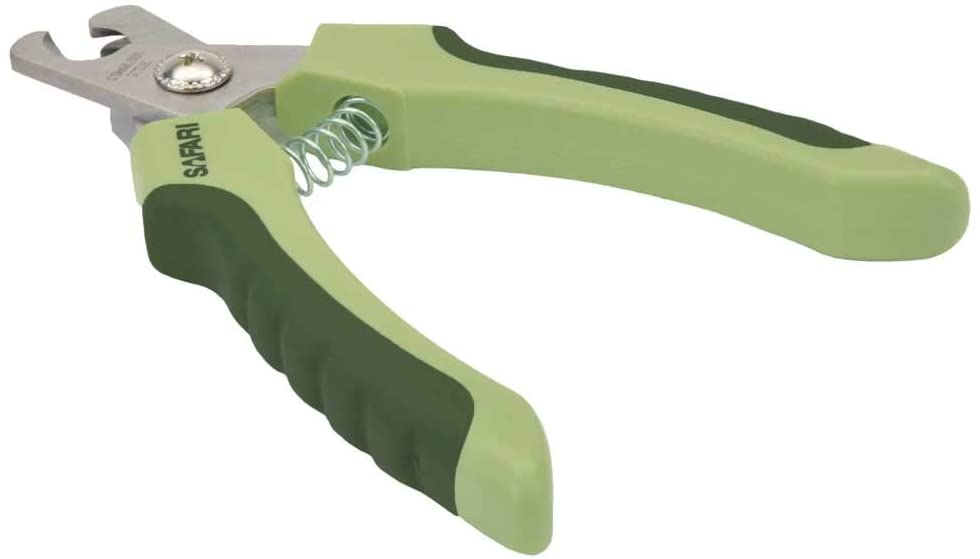 Basically, scissor clippers work on the same principle as scissors. They clasp the nail from two sides and chop the part which is caught in between. This particular model, the Safari professional clippers, come into sizes S-M and M-L. As the lettering suggests, one type is better suited for small pups while other works best with larger breeds.

The name Safari fits this device perfectly because its two-tone colour pattern makes it seem like it belongs in the jungle. 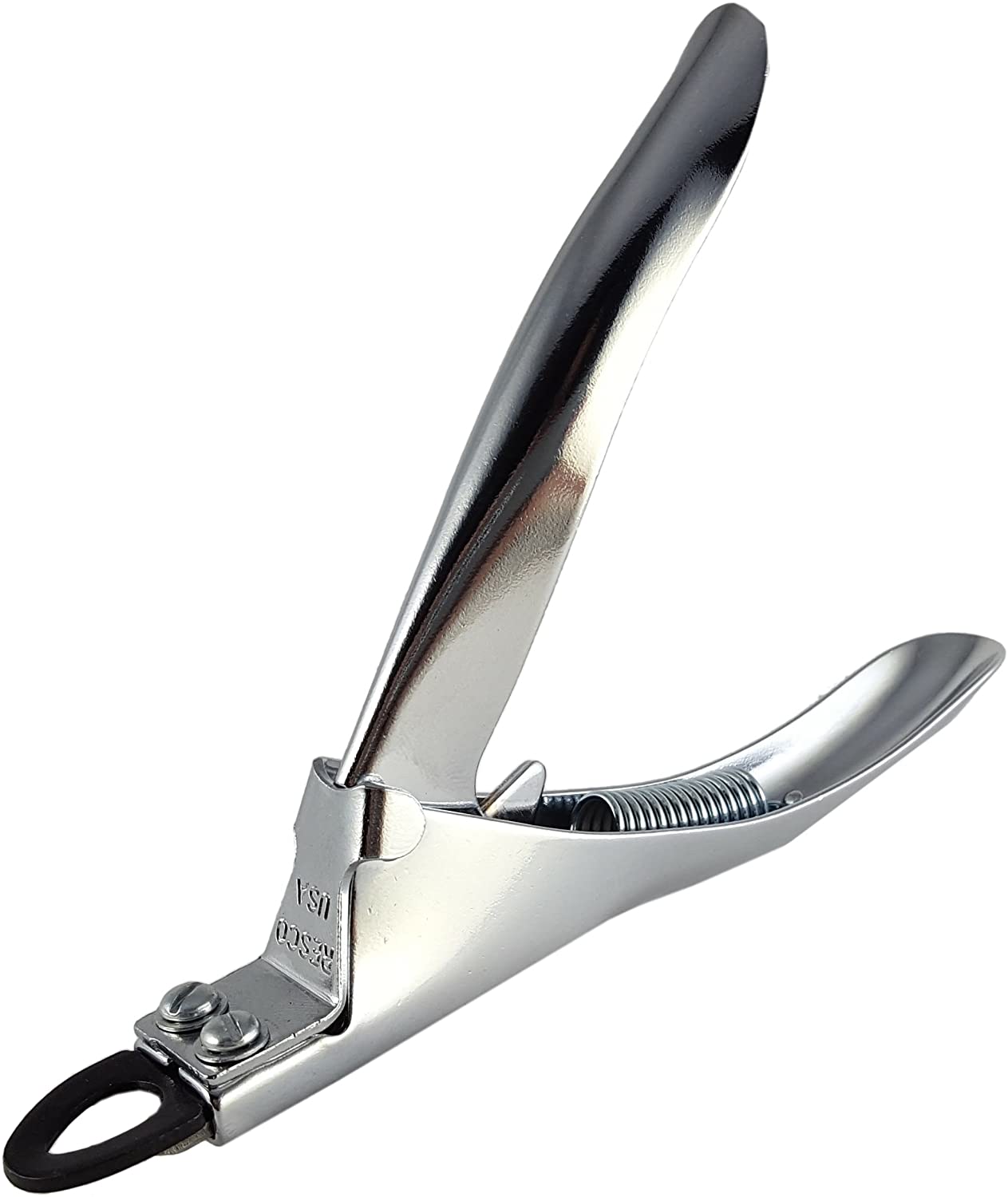 Guillotine clippers work differently than regular scissor clippers. Instead of clasping the nail and cutting it, the guillotine blade slides out upon pressing and squeezes the nail to the blade, cutting it quickly and effortlessly. Guillotine devices are very capable of cutting yet they should be only handled by those with experience. Otherwise, you might risk hurting the puppy.

Nail grinders are automated and electric-powered grooming devices used for nail care on puppies. A nail grinder will have a rounded head part, usually made from a very tough material like sanding paper which is sometimes even infused with diamond dust for extra sturdiness. When turned on, the head rotates at a rate of thousands of revolutions per minute. The friction wears the nail down, and it can be quickly cut and smoothened out at the same time. Grinders can also be called dremels. The name trimmer may also be used to describe the same device.

If you’re looking for a quiet, reasonably priced and efficient grinder, we suggest going with Luckytail dog nail grinder. 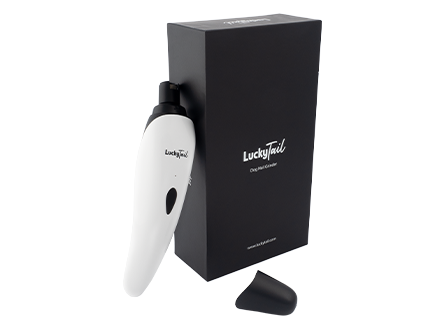 It ticks all the right boxes for such devices. Compared with other competitors in the field of dog nail grinders, the Luckytail looks like the most versatile tool available. It suits both large and small breeds, a feature which not a lot of tools can boast about.

How to choose which is best for you?

It’s quite difficult to draw a conclusion without knowing your exact situation. There are rare cases when clippers might be better than grinders, but rarely so. More often than not, due to being a much safer, more efficient and convenient device, the grinder is the first choice. Tools like the Luckytail claw grinder device/trimmer may be the best pick for your pet.

Make sure to factor in the most important aspects which will be disclosed in this article when selecting the best clippers or grinders out there.

Grinders vs clippers – the showdown

Now that we know a little bit more about these tools, we can move on to good old-fashioned head to head comparisons. We’ll narrow the comparison down to four main categories – efficiency, safety, convenience and price. The winner in each category will get a point. The overall winner, and the better tool is the one with more points at the end, and if it’s a draw, well then no one is the winner. Let’s get ready to rumble!

Efficiency – you would want a trimmer for this

If efficiency is what you seek, then choose a grinder. A device which has a head that can reach thousands of revolutions per minute will always be more efficient than regular clippers. Why? Firstly, because you will do the job with much more precision and accuracy. Gradual trimming will result in a more even end result.

It’s a lot easier to harm your pet with a pair of clippers. Cutting too much of the nail is a very real possibility which could end up with the nail bleeding. Using a grinder is much safer and results in pain for the dog a lot less frequently. Some units even come with a trimming guide to protect from hitting the paw. So, if you were to ask are dog nail grinders actually better than clippers, in terms of safety, grinders do have the definite edge.

Although the dog might not need any time to get used to clippers, because they’re silent, it’s much trickier to clip or cut rather than gradually grind. However, some dogs do tend to hesitate, trusting something that whirs and makes noise. So, trimming nails for the first time may take a while. However, when holding the trimmer in your hand, the likeliness of a mistake is just that much smaller.

Winner in convenience – slight edge to the grinders

Price – hard to see why it could be any different

A simple mechanical device or a powerful electronic one with rotating motors? Yeah, it’s pretty clear, but if you’re looking for the cheaper option out there, more times than not, clippers will be the cheaper solution.

So, as a nail grooming tool for dogs, grinders won, outperforming clippers 3:1. This allows us to come to the conclusion that indeed, grinders are really better than clippers for dogs. Whether we talk about small or larger breeds, taking every factor into consideration just further solidifies the fact that grinders are a much safer and more versatile tool in terms of pooch grooming. Nevertheless, clippers are a more affordable selection and could be used on occasion. However, they will not

Hi, I’m Robert. I live with two Golden Retrievers and a Labradoodle. Four-legged canines have always been by my side. I’m a pet enthusiast at heart & blog writer by job title. Combining my passion with my job is the most rewarding experience I could ever ask for. My goal is to give buyer advice and share insights about various pet products/services with you. 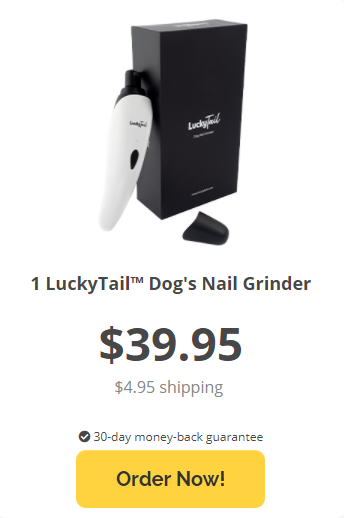